The perfect way to show your love with Pink Diamond rings!! 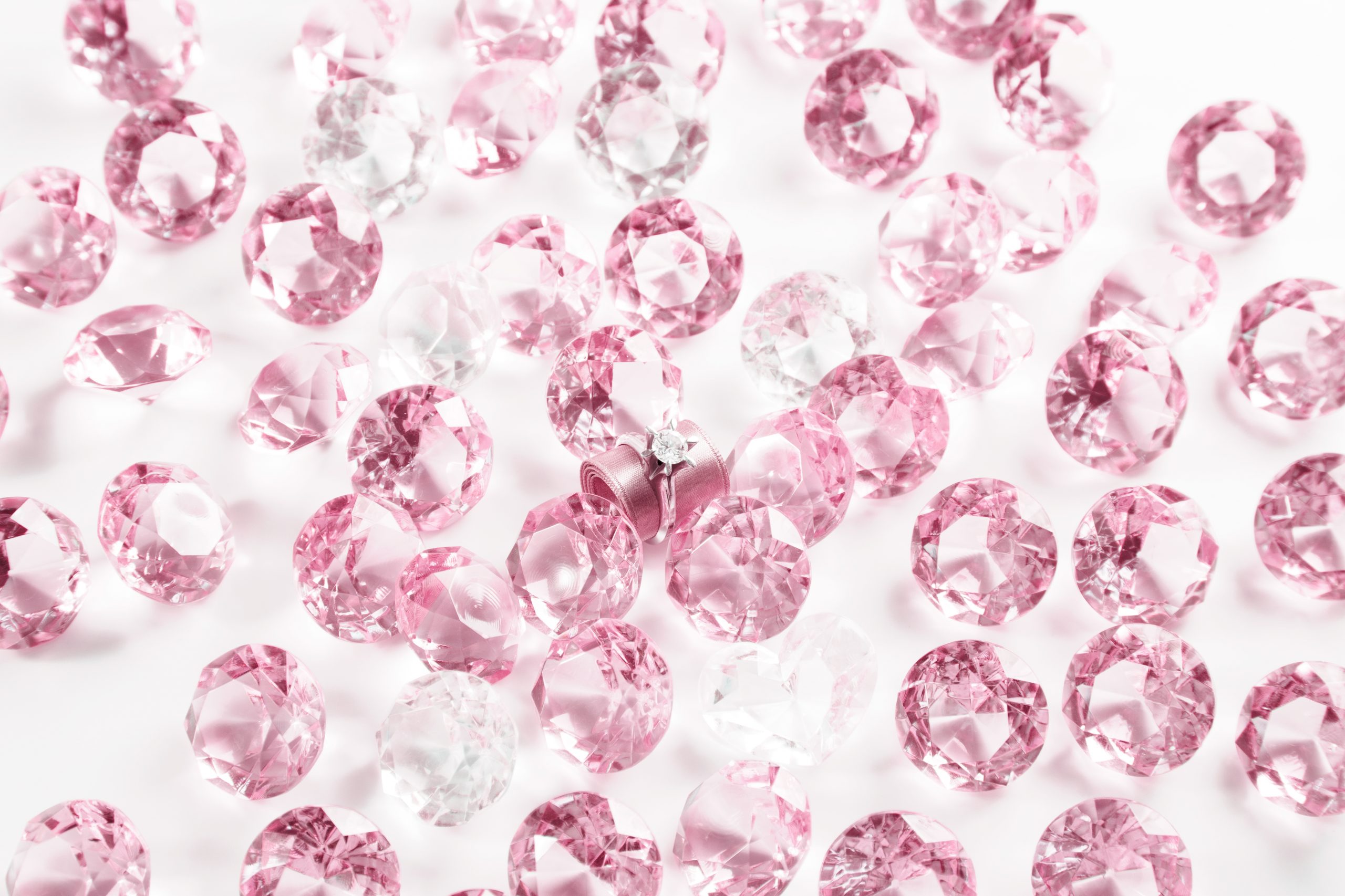 Natural pink diamonds are as precious as they are stunning. They are among the most valuable and rare of Earth’s treasures and found only in 1 out of every 200,000 diamonds. So, it is an exceedingly rare find in most normal jewellery shops. Just like it is so rare to find the love of your life, the one person you want to spend the rest of your life with, an engagement ring with a single pink diamond would be a testament for the love you have for her. She will know that she is your one and only.

So what exactly are Pink Diamonds and how are they different from regular diamonds?

Pink Diamond is a type of diamond that is pink in colour. The source of their pink colour is greatly debated in the gemmological world but it is most commonly attributed to enormous additional pressure that these diamonds undergo during their formation. It belongs to a subcategory of diamonds called fancy colour diamond, meaning diamonds that exhibit any sort of colour. Just like white diamonds, they ranged from flawless to included.

Most of the world’s supply of natural pink diamonds are produced in a worldwide known diamond mine called ‘Argyle Mine’ in Western Australia. Historically, they have also been found in countries like India, south Africa, Canada, Russia and Brazil. Argyle Mine are sourced from a volcanic Lamproite pipe instead of the usual Kimberlite pipe where most of the world’s diamonds are found. Pink diamonds are rarest of the rare because only less than 1% of the Argyle mine’s output are actually pink diamonds which means that for every one million carats of rough diamonds mined at Argyle, only one carat of pink diamonds is suitable for selling.

Colour of the Pink Diamond

The formation of a natural fancy colour diamond is created in the same way as a colourless diamond. However, there’s one unique difference is during crystallising process, foreign particles such as radiation and gas molecules get trapped in the stone and influences the colour of the diamond. Each colour depends on the different types of minerals and molecules that were present during formation.

Another theory on getting their colour is from a structural defect known among scientist as “plastic deformation”, which is when the diamond is forced to the earth’s surface and the structure of the diamond becomes altered and cause deformation. Pink hue was emitted when this flaw forces the stone to absorb light differently.

Just like other coloured diamonds, pink diamonds come in different shades. They are graded faint, very light, light, fancy light, fancy intense, fancy deep, and fancy vivid. The price of the diamond gets higher as the colour gets more intense. Pink diamonds will never look the same as they often come with a secondary hue, which described as purple-pink or orange-pink.

Value of the Pink Diamond

Pink diamonds are so rare that the price of it could cost up to 20 times of its white equivalent, also depending on the colour intensity, cut, clarity and shape. Prices and value could be a big difference in the secondary hue, for example, a brown secondary hue is more common to come by and therefore result in a more affordable pink stone. However, purplish pink diamond may be priced higher.

One of the most well-known examples is the Daria-I-Noor, which is known as the largest cut diamond in the world, weighing 186 carats. It’s a table-cut diamond that has been worn by numerous kings, was part of the crown jewels until 1739 when Persian army retrieved and took it back to Iran. It is part of Iranian Crown jewels in Tehran.

Queen Elizabeth II has a pink diamond brooch which was gifted to her by a Canadian geologist on her wedding day and she has worn it on many occasions, including the wedding of Prince Charles and Princess Diana.

The current world record for most expensive gemstone sold at an auction belongs to the 59.6 carat Fancy Vivid Pink Diamond named “The Pink Star” which the record had been held by Graff Pink. It was auctioned by Sotheby’s Geneva on 13 November 2013, priced at USD 83,187,381 (including commission) and was bought by New York cutter Isaac Wolf who renamed it “The Pink Dream”. The auction price was not settled by the buyer and stone was again added to the Sotheby’s inventory according to Forbes magazine. The Pink Star was lastly sold at an auction in Hong Kong for US$71.2 million to Chow Tai Fook Enterprises on 3 April 2017. 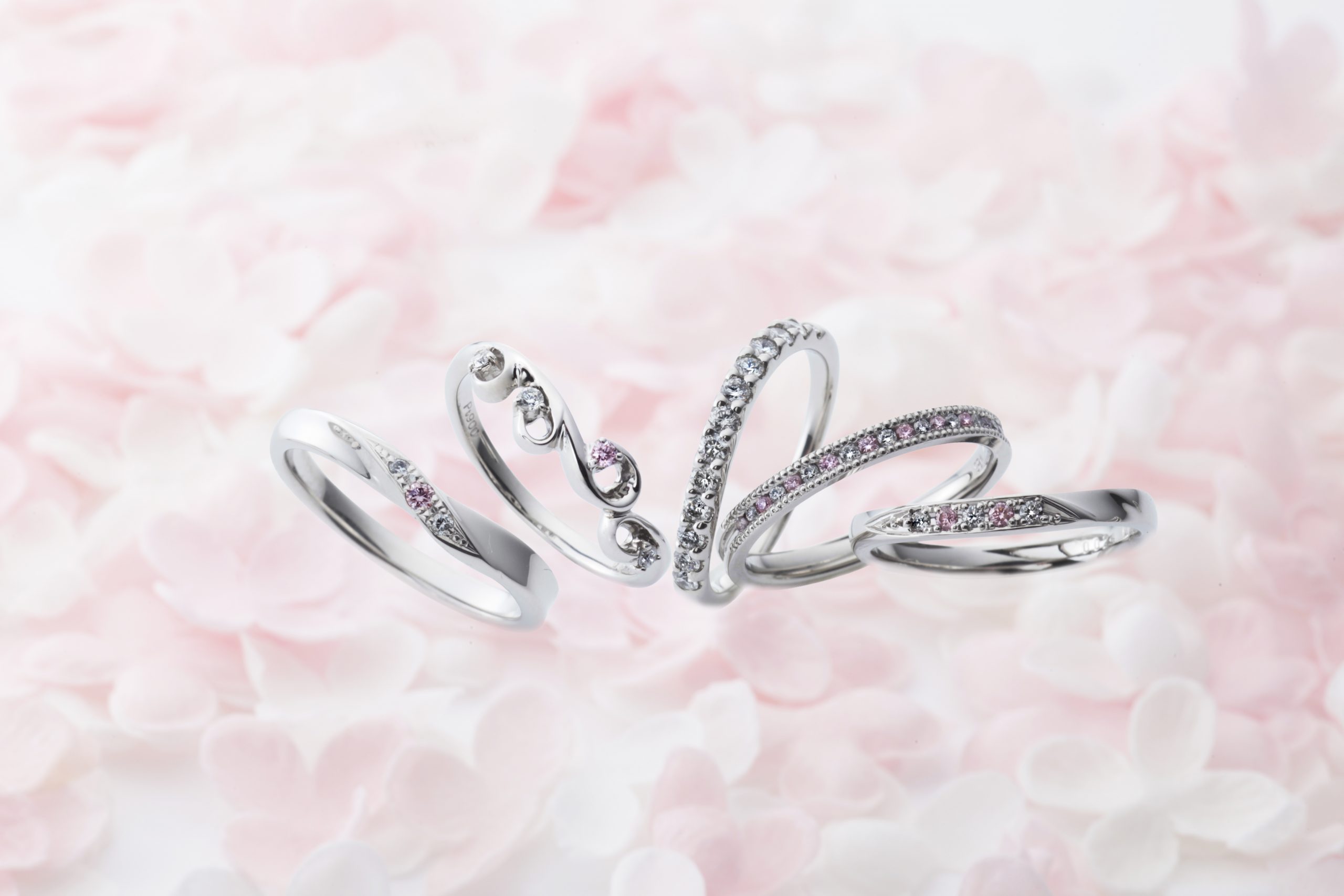 VENUS TEARS carries a unique collection that specialises in the highest quality of pink diamonds. Alternating white diamonds and gorgeous pink diamonds on your half-eternity band, it will be a wedding ring that no one else has. Like falling in love all over again each time you glanced at the ring.