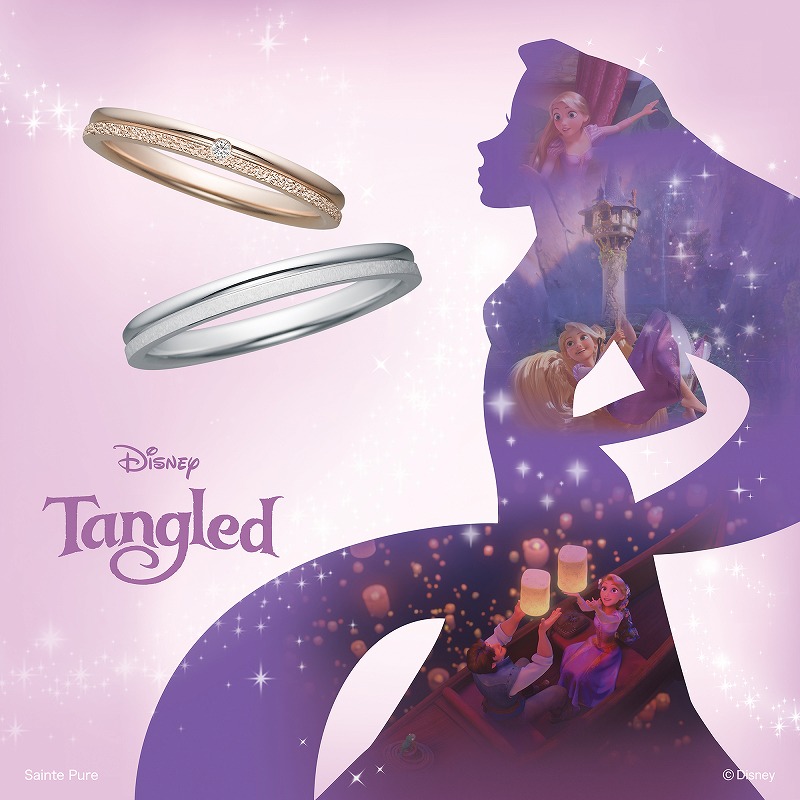 Rapunzel, a cheerful and lovely young girl living in a high tower, is unable to go outside, longing for a new world outside the tower which she has never seen. In fact, Rapunzel’s only and one wish is to catch a glimpse of the magical light that shines in the night sky on her birthday. Rapunzel is in a tug of war between the dreams she wants to fulfill and the promise with her mother not to leave the tower.

Rapunzel’s tangled feelings and her one wish, to catch the magical light close up, are expressed on the ring with the intricate design. A sophisticated wedding ring with a touch of uniqueness and elegance.

・Only and One Center Diamond
In a tug of war between two tangled feelings, the diamond in the center of the ring is the sparkle of Rapunzel’s only and one wish, “I want to catch the light close up!”

・Straight
Rapunzel’s long, straight hair and the straightforwardness of her dreams are the inspiration for this ring.

Reviews of customers who purchased this brand Disney Tangled