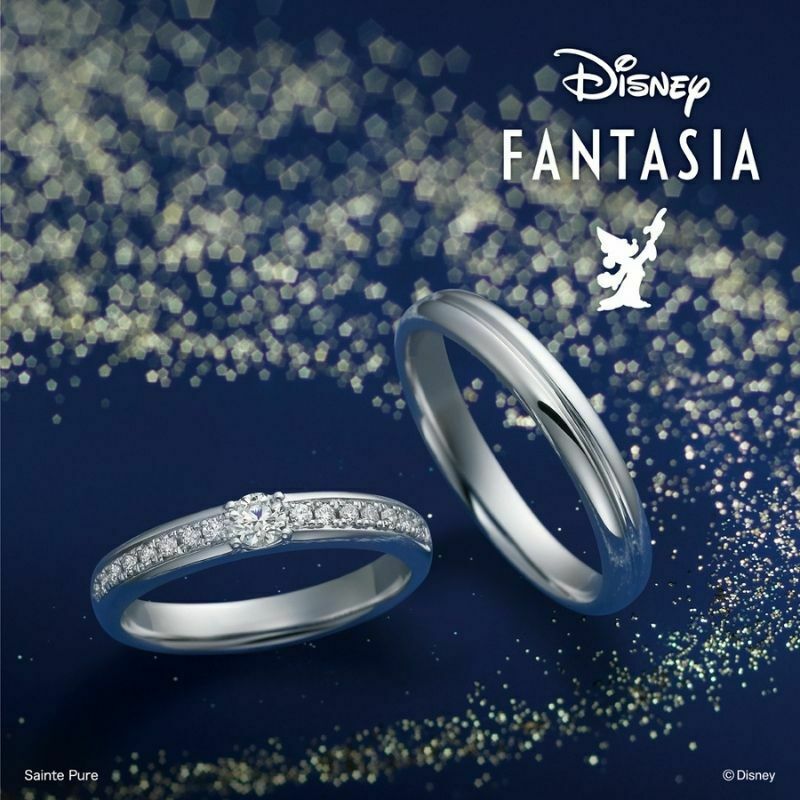 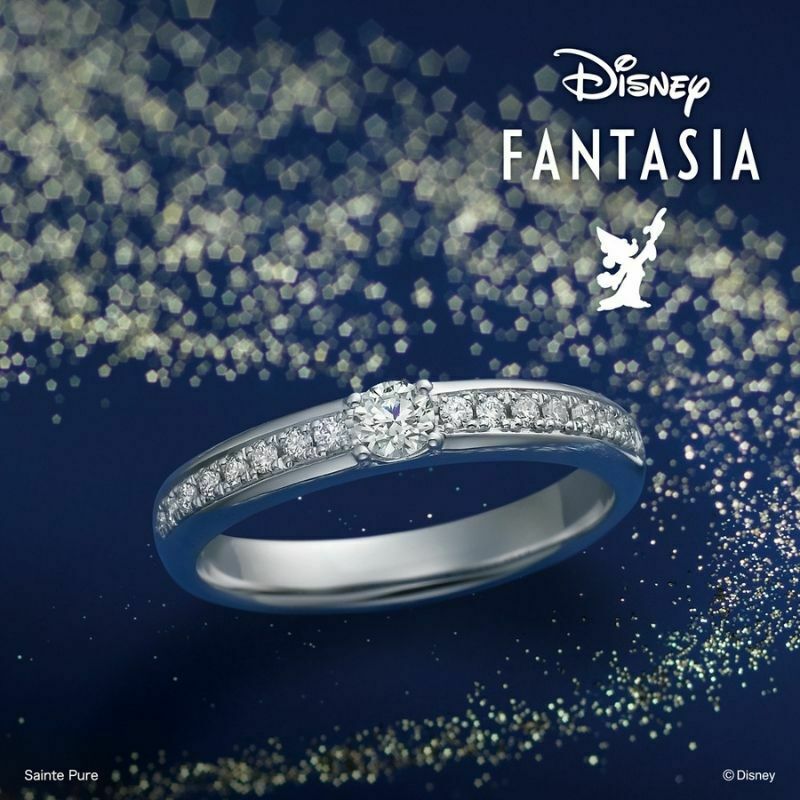 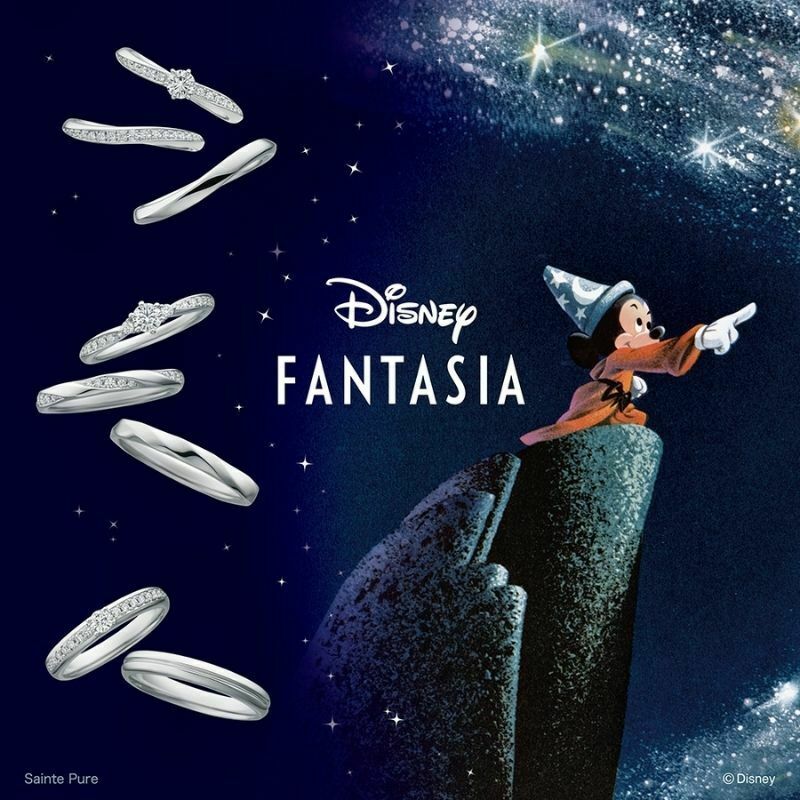 A march of broomsticks, born from the magic of Mickey! The exquisite diamonds are arranged in an orderly fashion, echoing the march of the broomsticks and the reflection of the water they carry. The centre stone is perfectly aligned with the width of the ring to reduce snagging, making this a versatile design for engagement and wedding rings.